Leicester City Football Club manager, Claudio Ranieri engineered a phenomenal sporting victory in coaching his team of underdogs to the English Premier League title in 2016. While it can be deceptive to rely on a sample size of one, his methods can provide valuable lessons for other organisational situations.

When he arrived at Leicester, he told the squad that he would build on their qualities by making small adjustments that would transform them. In contrast, often a new leader feels they need to make their mark by introducing wholesale changes that unsettle the team. Similarly, individuals can be too hard on themselves by thinking that they are in need of radical change when often what is more effective is consistent application of small changes that over time add up to a big difference.

Dino Zoff, a former world cup player for Italy who knows Ranieri well says of him, “In Italy there is a tendency to over-analyse and over-complicate. To make football like a game of chess. He makes things clear and plain and that’s a great gift.” The number of permutations and reactions within a football game makes it a complex system where nothing is predictable. In recognising this, Ranieri understands that you can’t control everything and you’re better served focusing on those aspects that you can control – things like the fitness of the players and what you do in between games. He prepared the team to be as adaptive as possible on the field to whatever emerged. In other settings, how often do you see leaders who expect to be able to control complex systems and are constantly frustrated that nothing works?

Focus on the day-to-day

Once it became apparent mid-season that Leicester could win the title, there was an expectation that the team would falter and become overwhelmed by the prospect of staying on top of the league. Ranieri was alway a little coy in his post-match interviews and later summed up his attitude as, “I’m a pragmatic man – I just wanted to win match after match and help my players improve week after week. Never did I think too much about where it would take us”. So while there was the high-level goal of winning the title, most of the focus was on what needed doing day-to-day.

Evolutionary science shows us that non-cooperative individuals can prosper within a group but at the group level, a cooperative group tends to do better than a non-cooperative group. Leicester differed from the other top clubs in that there were no highly paid stars in the team. Their player outlay for the season was reported as £54m as against £252m for second-placed Arsenal and £419m for Manchester City. One study of US baseball teams showed that disparity in pay levels caused by star signings was more likely to reduce team performance than improve it.

The opera singer, Andrea Bocelli who called Ranieri to ask if he could sing for the Leicester fans at the presentation of the trophy said he made the offer because he was inspired by “a small team becoming great thanks to the strength of the group spirit.”

Not fooled by randomness

Sometimes success is attributed solely to the volume of work undertaken, which ignores the possibility that others may have worked as hard or harder and not achieved the same results. Ranieri acknowledges this: “I know all the players and all the managers in all the clubs worked so hard but only one wins – and this year it happened to be me.” He hasn’t succumbed to the hubris that sometimes follows success and recognises that hard work is not always correlated to outcomes.

An interesting statistic is that of all the clubs, Leicester players suffered the fewest injuries and consequently used the fewest number of players during the season. Ranieri emphasised that players needed to give their all when playing but he also recognised the necessity for adequate recovery. Following a Saturday match, the players would have Sunday off and only train lightly on Monday. Wednesday would also be a full day off. Even their playing style within a game reflected this surge and recover mode. They became known for their rapid counter-attacking plays that enabled them to win matches despite low overall shares of ball possession.

In some organisations, there is an expectation that the team will be working at 100% effort all the time and be prepared to sacrifice downtime. But this ignores the evidence that periods of intense effort need to be followed by recovery periods for individuals and teams to improve.

As with many professional sports teams, Leicester City players wear GPS devices that allow the sports science staff to assess player movements and anticipate injuries from overtraining. However they also used a daily questionnaire that asked players, “how does your body feel?” thus combining the hard data with the players’ intuitions. In an organisational context this combination of data and intuition manifests in leaders who are able to make decisions using both approaches and knowing when one approach is more appropriate. Daniel Kahneman’s research shows that intuition alone is fine in predictable domains but otherwise we should base decisions on the data first and then test “how it feels”.

Interestingly, the extent of Leicester City’s paranoia around overtraining meant that the intensity of their training would be adjusted according to how hard the training pitch was on any particular training day.

Being calm and earning respect

On how to get the best out of his players, Ranieri says, “They so need to be relaxed and not harassed. They expect calm and respect in the dressing room, so if you want to be a prima donna, they won’t forgive you for it.” Is this any different for leaders in other workplaces? 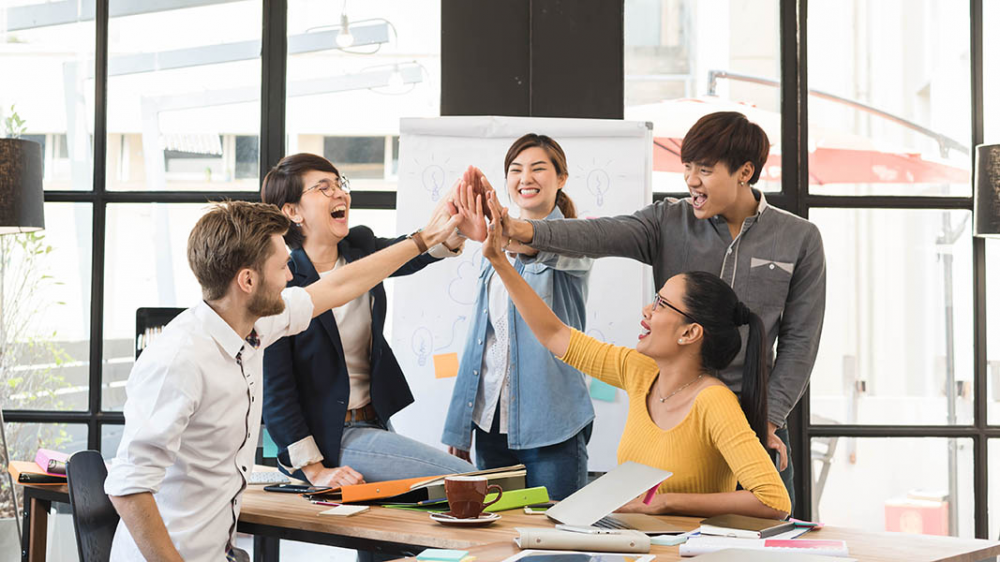